I don’t usually make it a habit of discussing my physical health issues with others, but if this can help one of you then it will be worth it. My goal with this post is to share my story of severe iron deficiency anemia. How it happened and how I overcame it. Hopefully this can be helpful to someone out there.

What is Iron Deficiency Anemia

Iron-deficiency anemia is anemia caused by a lack of iron. Anemia is defined as a decrease in the number of red blood cells or the amount of hemoglobin in the blood. When onset is slow, symptoms are often vague such as feeling tired, weak, short of breath, or having decreased ability to exercise. Anemia that comes on quickly often has more severe symptoms, such as confusion, feeling like you’re going to pass out or increased thirst. Anemia is typically significant before a person becomes noticeably pale.

Iron-deficiency anemia is caused by blood loss, insufficient dietary intake, or poor absorption of iron from food. Sources of blood loss can include heavy periods, childbirth, uterine fibroids, stomach ulcers, colon cancer, and urinary tract bleeding. Poor absorption of iron from food may occur as a result of an intestinal disorder such as inflammatory bowel disease or celiac disease, or surgery such as a gastric bypass.

What Caused My Iron Deficiency Anemia

If truth be told, I had probably been slightly anemic for quite some time. Due to heavy menstrual cycles every month, my body was probably having a hard time replenishing my red blood cells. Also, I would come to realize that my diet had also been majorly lacking in iron.

But the BIG situation occurred when I had a SUPER heavy cycle for 10 days straight! Not to be TMI, but it was unlike anything I had ever experienced before. I literally couldn’t leave my house. If any of you ladies have experienced anything like this than you know what I’m talking about. I was having to get up almost every hour during the night.

After about a solid week of this, I decided I needed to go see my doctor ASAP. I had blood work done and sure enough, I was severely anemic. This was simply due to massive blood loss. I was extremely weak, had major heart palpitations and could hear my heartbeat in my ears. It was super scary and at one point I even questioned if I was going to survive. That may sound a little dramatic, but having never gone through any health scare before, I wasn’t sure how this was going to play out.

After speaking to my doctor, she strongly recommended that I come in immediately and get admitted to the hospital. She wanted me to get a blood transfusion pronto! I was completely shocked at this recommendation. There was NO way I wanted someone else’s blood put into my body. I just wasn’t willing to accept this. If someone truly needs this life-saving procedure, than I am so thankful for this option, but it just didn’t feel right for ME.

After talking with my husband, Joe we decided that we would tackle this head on with diet and supplementation. My doctor told me that I MUST begin immediately taking an iron supplement twice a day. After reading that most iron supplements can cause constipation and stomach upset, I was so lucky to find this one by MegaFood Blood Builder. I feel it really helped increase my iron levels quickly. I still take this twice a day to maintain my iron levels. It gives me no problems with constipation or nausea, whatsoever.

Besides the iron supplement, I began eating foods known to be extremely high in easily absorbable iron. Let’s talk about the two different types of iron.

The Two Different Types of Iron

Before my bout with anemia, I really wasn’t aware of the two different types of iron. There is heme and non-heme iron. Heme iron is found in animal foods that contain hemoglobin, such as meat, fish and poultry. Heme iron is the best form of iron, as up to 40% of it is readily absorbed by your body (3Trusted Source).

The smoked oysters and beek jerky!

Non-heme iron primarily comes from plant sources and is present in grains, vegetables and fortified foods. This is the form added to foods enriched or fortified with iron, as well as many supplements.

It’s estimated that 85–90% of total iron intake comes from the non-heme form, while 10–15% comes from the heme form. In terms of its bioavailability, non-heme iron is absorbed much less efficiently than heme iron.

Good sources of non-heme iron include:

Be Aware of Iron Blocking Foods

Before my situation a few months ago, I was unaware that there are certain foods that can inhibit the body’s ability to absorb iron. It was total news to me, but made perfect sense as to why I was not getting in enough iron. Check out some of the main iron blocking culprits.

Eggs are a common inhibitor of iron absorption. They contain phosvitin, a protein compound that binds iron molecules together and prevents the body from absorbing iron from foods. According to the Iron Disorders Institute, one boiled egg can reduce iron absorption by as much as 28 percent.

Milk can also work as an inhibitor of iron absorption, potentially affecting your iron levels. Milk contains calcium, an essential mineral and the only known substance to inhibit absorption of both non-heme and heme iron. One cup of milk contains approximately 300 mg of calcium. Calcium has little or no effect on iron absorption when less than 50 mg is ingested, but it can inhibit heme iron and non-heme iron absorption when 300 to 600 mg is consumed on a daily basis. Large amounts of calcium can also be found in yogurt, cheese, sardines, canned salmon, tofu, broccoli, almonds, figs, turnip greens and rhubarb.

If you consume large amounts of tea with your meals, you may not be receiving an adequate amount of iron from those foods. Tea contains oxalates — oxalic acid compounds that impair the absorption of non-heme iron. Oxalates can also be found in spinach, kale, beets, nuts, chocolate, wheat bran, rhubarb, strawberries and herbs such as oregano, basil and parsley.

Cocoa and coffee are food sources that can inhibit iron absorption in the body. These foods sources contain polyphenols or phenolic compounds, antioxidants that help remove damaging free-floating cells from the body — which means that morning cup of coffee inhibits iron.

According to the Iron Disorders Institute, cocoa can inhibit 90 percent of iron absorption in the body, while one cup of coffee can prevent iron absorption by as much as 60 percent. Phenolic acid can be found in apples, peppermint and some herbal teas, spices, walnuts, blackberries, raspberries and blueberries. It is important to note that these foods should not be consumed two hours prior to, or following, your main iron-rich meal.

Walnuts can reduce the amount of iron your body absorbs from iron-rich foods. Walnuts contain phytates — compounds found in soy protein and fiber. According to the Iron Disorders Institute, phytates can reduce iron absorption from food by approximately 50 to 65 percent. Phytates can also be found in almonds, sesame, dried beans, lentils, peas, cereals and whole grains.

My experience with iron deficiency anemia was a pretty scary situation for me. But I am happy to report that after just a few weeks of taking my supplement and eating more foods rich in iron, my body began to heal. I knew that my overall health was good and that my body just needed a little time to get me back to normal.

I hope my story was helpful and informative. Have any of you experienced iron deficiency anemia?

PLUS, all subscribers will receive a 10% off coupon for my Online Training programs!

By subscribing to my newsletter, you consent to receive new post updates and occasional promotional emails related to our company.

I want to thank Angie for getting me WEDDING DAY ready! END_OF_DOCUMENT_TOKEN_TO_BE_REPLACED

Angie's program helped me lose weight and get back on track! END_OF_DOCUMENT_TOKEN_TO_BE_REPLACED

I was HOOKED from the first session! END_OF_DOCUMENT_TOKEN_TO_BE_REPLACED

I committed to the program and lost 8 lbs in 2 weeks! END_OF_DOCUMENT_TOKEN_TO_BE_REPLACED

Training with Angie had more of an impact on my life than she will probably ever know. END_OF_DOCUMENT_TOKEN_TO_BE_REPLACED

Angie will always be more than a fabulous trainer to me. She is a very sweet and special friend. END_OF_DOCUMENT_TOKEN_TO_BE_REPLACED

Angie has always made our workouts exciting and fun, greeting me with a huge smile. END_OF_DOCUMENT_TOKEN_TO_BE_REPLACED

Are you looking for a change? Look no further. END_OF_DOCUMENT_TOKEN_TO_BE_REPLACED

I feel the difference in my soul. Angie has changed my life. END_OF_DOCUMENT_TOKEN_TO_BE_REPLACED

I don't know what I would do without Angie in my life! END_OF_DOCUMENT_TOKEN_TO_BE_REPLACED

The meals are easy to prepare, and the workouts are manageable for a busy schedule. END_OF_DOCUMENT_TOKEN_TO_BE_REPLACED

I would recommend her to anyone who is looking to develop a healthier lifestyle. END_OF_DOCUMENT_TOKEN_TO_BE_REPLACED

Angie has done an excellent job keeping me motivated and challenged week after week. END_OF_DOCUMENT_TOKEN_TO_BE_REPLACED

She gives you encouragement and the extra push you need. END_OF_DOCUMENT_TOKEN_TO_BE_REPLACED

She is such a great trainer and has a great personality to match! END_OF_DOCUMENT_TOKEN_TO_BE_REPLACED

Angie's ability to motivate and provide guidance is second to none! END_OF_DOCUMENT_TOKEN_TO_BE_REPLACED

Angie's 2 week Bikini Boot Camp got me back on track with eating healthy and exercising! She really thought of everything with this program that made it easy to do. Angie worked with me on meal planning and changing a few things around for me. The shopping list was such a help for me as END_OF_DOCUMENT_TOKEN_TO_BE_REPLACED

I lost weight and inches, but more importantly, I'm back on track with my healthy eating and workout lifestyle, and I definitely have more energy to keep up with my 3 year old! END_OF_DOCUMENT_TOKEN_TO_BE_REPLACED

You continue to impress, and I love your whole body, mind and soul boot camp experience! END_OF_DOCUMENT_TOKEN_TO_BE_REPLACED

Check out my Interview with Voyage Dallas Magazine!

« 13 Questions For Being a More Conscious Consumer 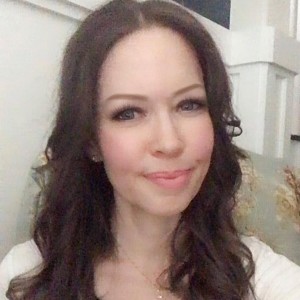 Hi, I'm Angie. I'm so excited you're here! My goal is to inspire you to LOVE YOUR LIFE! I advocate holistic self-care, surrounding yourself with beauty and honoring the spirit inside you. Thanks for being here!

By subscribing to my newsletter, you consent to receive new post updates and occasional promotional emails.

Sometimes we have to stop fighting with life and j

It’s a smoothie kind of #saturday 🥬🍓🫐

Been gone for a while, but I’ve been running my

As a self proclaimed “bath junkie”, I was supe

Dinky Doo has the right idea for our #saturdayafte

If you’ve bought a whole #pomegranate before tha

For the month of December, I decided to challenge

Am I the only one who kind of forgets about #bruss

Perfect day to give thanks. I hope you’re enjoyi

A few friendly tips to help you maximize your week

A little sun in #southbeach would be sweet right a